Asylum in the United States 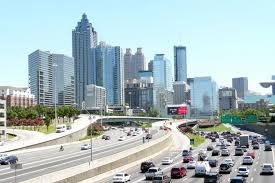 Every year thousands of alien population attempts to enter into the land of United States through different borders and mostly from the southern one where the USA shares its border to Mexico. Their attempts might be the consequences of various reasons like fleeing from the persecution based on the race, religion, certain group, political instability, civil wars and sometimes besides persecution starvation, civil wars and natural calamities might be the reason to leave their original country and move towards/enter into the host country like the USA.

Those non-citizens entering the border or who are already residing in the USA are the actual candidates who seek ‘Asylum’. We can relate some of you folks might have heard this term “Asylum” for the very first time. While some of you readers might be real asylum-seekers. We understand this scenario and we will be focusing more about the asylum policies, updated rules and further insights into an asylum in the case of the United States of America.

Starting from the ground level, Asylum is the way of granting protection to the non-natives by a host country who meets the global definition of the term called ‘refugees’. These refugees might be of various backgrounds. Mostly, the prosecution is the main issue in their birthplace. Each year citizens from the several countries end up with being refugees. The reason behind this affair can be civil wars, racism, religious dissonance, political instability and other similar genres of chaos inside the particular nation.

If a person who is unable or unwilling to return back to home country, and cannot obtain protection in his homeland due to past persecution or a well-founded fear of being persecuted in the future “on account of race, religion, nationality, membership in a particular social group, or political opinion, then he/she is a legit refugee according to convention of United Nation. Another interesting fact about the asylum provision is there are few countries accepting the presence of aliens from other countries as legal in their land. Sweden, Netherlands, UK, Australia, France, Canada, Germany, Italy, Spain, and the USA are the main countries who are currently providing asylum rights to those immigrants from around the globe. Among these mentioned nations, USA sits atop of countries offering asylum rights and had accepted 1,183,500 permanent migrants back in 2016. Every year it legalizes more than 1 million aliens.

In the US, about 15% of the total population is represented by the foreign-born population. Doesn’t this sound weird? YES! It happens. And we need to understand a few circumstances in order to clarify this bizarre. However, this ratio has dropped exponentially after President Donald Trump reviewed, imposed as well as strengthened border security with Immigration Policy.

The main reason behind the flocking of people to the USA as an asylum seeker is due to its generous Human Rights. According to the US. immigration law, the United States has legitimate obligations to provide preservation to those non-native citizens who qualify as refugees. Trust us, it’s a legal statement. Due to liberal law of United States people, these days are found to be intentional asylum-seekers. It may sound a bit harsh but many people are leaving their homeland and moving those asylum-providing nations in pursuit of happiness following their dream. As the USA is also renowned as “The global city of Dreams”, high demography of the world tends to enter the land of USA so that they can act as a refugee and seek for sanctuary.

Our team at ZK Immigration has handled a lot of immigration cases including filing of Asylum applications with successful results. Our head immigration attorney Zainab Khan ventures 24/7 to assist immigrants to grab their various requirements for proper and legal immigration.

‘Right to Asylum’ might sound fancy to those aspiring souls. But on a straightforward note, Asylum seekers must sail through a difficult and complex process which involves multiple steps with different government agencies and their sub-sections. In-depth the approval procedure is lengthy and multiplex, involving various US government councils, five international and non-governmental organizations operating processing centers around the globe, and other nine domestic non-governmental organizations, which jointly works to provide legal living and working permit and help refugees to re-settle in the USA. Most importantly, when asylum is granted then he/she can enjoy the opportunity to apply to live in the United States permanently, can experience a bunch of benefits, and will be privileged as a native citizen of US.

Though it’s a privilege offered to citizens from strange borderland by generous states like the USA, it might be a long and ordeal process so we must have patience regarding immigration issues.

Since its premature days, the US has been providing a safe sanctuary for people fleeing persecution representing different continents. Historically, in 1948 the first refugee legislation was enacted in order to regulate the legalization of displaced Europeans by wars. After the fall of Saigon in 1975, the USA started resettling hundreds of thousands of global refugees who feared persecution and escaped seeking asylum.

Benefits of Asylum:
A person who is privileged with Right to asylum, an asylee provision is protected from being returned to his or her home country, with legal permit to work in the United States, can bid for a Social Security card, may request permission to travel overseas, and can experience the privilege of bringing family members and loved one to the United States.

Besides some fundamentals mentioned above, asylees can appeal for admissible permanent resident status (i.e., a Green card). Once the Green Card is issued to the individuals granting the permanent residence permit, he or she must wait four years for the citizenship application.

Alert! If you happen to be an asylum-seeker in and around US border.
Immigrants who happen to encountered by, or present themselves to, a US official at the point or of entry or near the border regions are subjected to expedited dismissal, a speedy process which authorizes Department of Homeland Security (DHS) to perform prompt deportations (can be extradition or expulsion) of certain individuals.

An individual generally holds the eligibility for asylum application within one year of arrival date in the United States. It is a prolonged process which is of dominated by the random degree of certainty. Rest assured! ZK Immigration team
is here to assist immigrants like you and resolve this kind of complexities.

Tip:
Summing up this informative blog, Zainab Khan looks forward to settling down your twists and turns apropos to travel, immigration and naturalization. As the policy of US government concerning about Immigration changes in a regular as well as in an unpredictable fashion which in turns make difficult to navigate through those asylum ordeals and hence we need to be more updated.

If you people are constantly looking to resolve this kind of immigrational issues and hurdles or your intimate ones are the sufferers of this lingering journey then kindly remember us. ZK Immigration would be grateful to aid you.

Hurry up! Consult with Zainab Khan and her team resolve your complexities and live a trouble-free life in the USA which you are dreaming of.

For more inquiries:
Feel free to mail us at immigrationattorneykhan@gmail.com.
We can also be reached via +1 678 659 9691 digits.